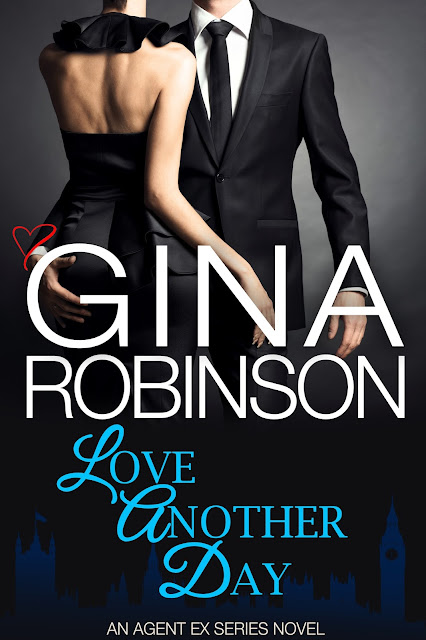 
Secrets, suspense, intrigue, and seduction. Play the spy game with Gina Robinson, queen of the sexy spy novel. Gina thrills readers with her hot secret agents—and the women who can’t resist them. Let her take you to England for a dangerous foreign affair of the heart.

SPYING IS A DANGEROUS GAME

And one CIA agent Tate Cox prefers to play alone. His mission to seduce a beautiful RIOT agent for valuable technology sounds perfect. Until he's ordered to bring his ex-wife Malene along as his assistant. Travelling undercover with Mal is an especially disastrous idea. But not even super spy Tate can go against Agency orders. Flirting with the enemy is his job—but falling for his hot, high-spirited ex all over again is a dangerous complication he didn't anticipate...

AND SO IS LOVE

After working at CIA headquarters in charge of cover stories, disguises, and logistics for years, Mal wants to get into the field on her own mission. Posing as “Professor” Tate Cox's graduate student girlfriend at the Cheltenham Festival of Science is definitely not what she had in mind. Yet when gorgeous Tate turns on the charm, Mal can't help wondering if she let the real thing go much too soon...

**This is the 5th book in the Agent Ex series of romantic suspense. It is a standalone novel and can be read without reading the others. 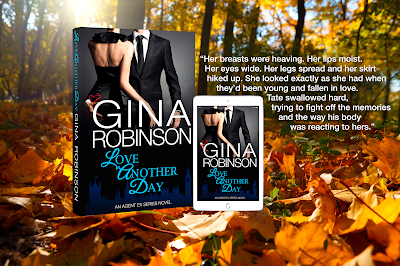 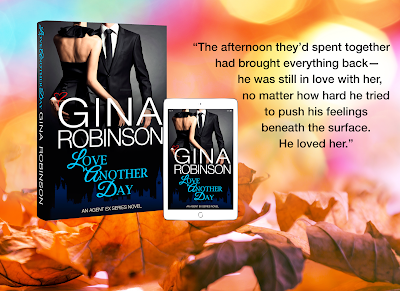 “I thought we were supposed to blend in and not draw attention to ourselves. What about a six-foot-three woman who’s a man in drag won’t draw attention?”
“RIOT won’t be looking for three women traveling together. A man in our company is a dead giveaway.”
There was a certain warped logic to the plan, but Tate still didn’t like it. “You’ve always told me the best covers are those closest to your true self. I’m not woman material.”
“Channel your inner female side and you’ll do fine. It’s time to roll. Do you think you can walk like a woman, Tate?
“Not like that.” Mal stopped with her hand on the doorknob and gave Tate a look meant to upbraid. “You’re sashaying and swaying your hips too much. Remember the cover story—you’re an athletic woman. One who walks a lot like a guy. We’re keeping it simple and playing to our strengths.”
“I’ll say it again—playing a girl is not my strength.” Tate was staring at her like he really did want to kill her. Or kiss her. Either way it was a little disconcerting having another woman, a crazily sexy woman, look at her like that and have her body react.
“Your voice! I almost forgot. Feeling rushed is messing with my mojo.”
Tate shrugged. “That’s field work for you. Get used to it.”
“Stop talking like that.”
“I’m telling it like it is.”
“No, I mean in that masculine tone of voice.” Mal took a deep breath and fished the duffle out of the dustbin. When she turned it upside down, she came up empty.
“What are you looking for?” Tate asked.
“Sir Herbert promised to send a voice modulator for you. Husky female voices are one thing. Bass voices another. It will give you, and by association, us, away.” She shook the bag out. Nothing. “It’s not here. You’re going to have to wing it.” She stuffed the duffel back into the bin.
He pitched his voice into a grating falsetto. “This is the best I can do.”
She frowned and pointed her finger at him. “Don’t mock me. Don’t you dare. I can make you a real soprano with no trouble at all.”
“Good luck with that.” He gave her a smug grin. “My boys are tucked safely away in this crotch-control garment you gave me.”
“Look, just make your voice slightly higher. And softer. With a touch of hoarseness thrown in.” She demonstrated as she was speaking. “Mix up your word choice to have a more feminine pattern.”
“Like this?” Tate said.
Damn, he affected a sensual, throaty voice, just like the kind of low, slightly feminine tone men claimed drove them crazy. Mal was going to have to face facts—Tate was almost as hot as a woman as he was as a man. 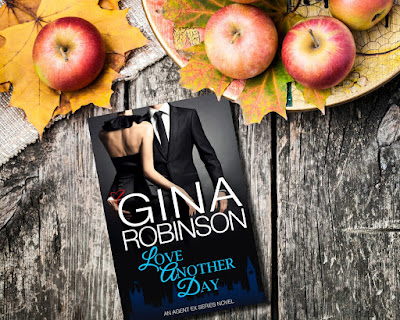 Gina Robinson is the bestselling and award-winning author of the new Jet City Kilt series, the popular Billionaire Matchmaker, Switched at Marriage and Billionaire Duke romantic comedy series, featuring a billionaire in business with a matchmaker, a billionaire in a surprising marriage of convenience, and a billionaire who inherits a British dukedom, the Reckless and Rushed contemporary new adult romance series, and the Agent Ex series of humorous romantic suspense novels. Her books have delighted readers and received praise in Publishers Weekly, Booklist, and Romantic Times Book Reviews.

She writes romance and women's fiction across a wide variety of subgenres—new adult, contemporary, historical, romantic suspense and romantic comedy.

Her love stories are infused with a happy blend of romance, adventure, a bit of mystery, and humor. Readers are drawn to the light touch she gives even serious topics and the fast, fun, easy-to-read pace of her books. From college campus to Seattle to Las Vegas to England, her settings become almost characters of their own, driving the story.

She believes in the power of true love and passion, and that every great romance should have a happily-ever-after.