Showing posts from April, 2017
Show all

Title: Misbehaved Author: Charleigh Rose Genre: New Adult Romance Release Date:  April 30, 2017 Remington Stringer has never been like most girls. She’s outspoken, brazen and wants nothing more than to escape the Nevadan hell hole that she calls home.  On the brink of eighteen, with a deceased mother and a well-meaning, yet absent father, she is forced to fend for herself. The only person she’s ever had to depend on is her borderline obsessive stepbrother, Ryan. But, what used to be her anchor is quickly becoming a loose cannon.  When Remi gets the opportunity to attend the best private school in the state during her senior year of high school, she jumps at the chance. Then she meets Mr. James. Ornery, aloof, and totally irresistible.  Most girls would swoon in secrecy.  Most girls would doodle his name with hearts in their notebook. But Remi Stringer has never been like most girls.
Post a Comment
Read more 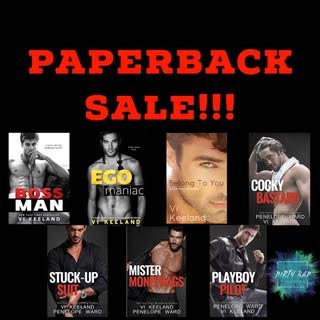 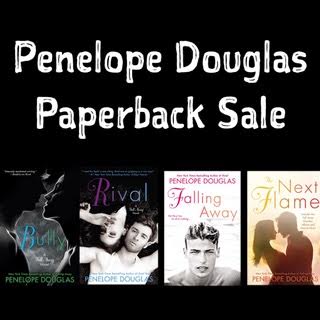 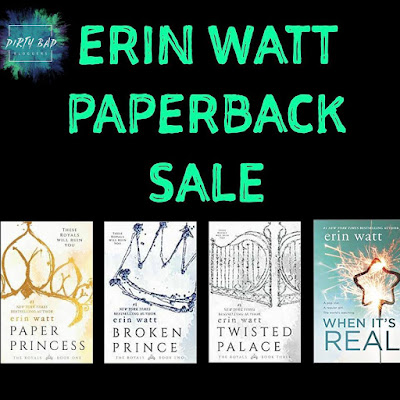 April 28, 2017
Misbehaved by Charleigh Rose is NOW LIVE and only 99 CENTS!! The price will be going up to $2.99! I've heard amazing things about this book, so definitely check it out before the price goes up!     Distraction by Emily Snow is also NOW LIVE and only 99 CENTS! This cover is SO hot!!    Love Reality: New Adult Romance (The Donovans Book 2) by Nana Malone is currently FREE! Normally $4.99!!    Make Me: A dark mafia prequel (Kiss of Death Book 0) by LP Lovell is also currently FREE right now!    Finding Eli by Jake Irons is another brand new release that is only 99 CENTS!!    Breakaway (Portland Storm Book 1) by Catherine Gayle is currently FREE right now. Normally $3.99!    Pretty Broken Girl: An Unconventional Love Story by Jeana E. Mann is also FREE right now. Normally $3.99!!   The Casanova Experience: A Friends to Lovers Romance
Post a Comment
Read more

Cover Design: Okay Creations Photo credit: Eric David Battershell Model: Johnny Kane Release Date: May 18, 2017 Synopsis His heart beats for the music. She's his favorite song. Lyric Cassidy knows a thing or two about bad boy rock stars with raspy vocals that can cause an entire arena to swoon. In fact, her heart was just played by one. So when she takes an assignment as road manager for the world famous rock star, Wolf, she's prepared to take him on, full suit of heart-armor intact. Wolf is the sexy lead singer for the hottest rock band around with a line-up of guaranteed one night stands. Lyric Cassidy isn’t one of them. That’s fine with him. Women like Lyric come with fairytale expectations, so it should be easy to stay away. Too bad she's hot as sin with a fiery temper and a mouth that drives him wild. She’s also got something to hide. Something he discovers. Something he wants … Sharing a tour bus, neither of them are prepared for the miles of road ahe
Post a Comment
Read more

COVER REVEAL - This thing between us by Holly C Webb

*´¨✫)☄ ¸.•´¸.•*´¨)✯☄ ¸.•*¨)☄☄ ✮ (¸.•´☄✶ (¸ Cover Reveal ☄This Thing Between Us © ☄ ☄☄By Holly C Webb ☄☄ #thisthingbetweenus #hollycwebb #billionaireromance #romance #newrelease #standalone #mustread #parkeroneill #sweetalice #HEA #nocliffhanger #May26th ➡Release Date: May 26th Blurb: Parker O’Neill is a man with the world at his feet. Son of the CEO of O’Neill’s International, he is ready to take over as head of the company, once his father retires in six months’ time. However, Parker has earned himself the ultimate playboy reputation, and not everyone thinks he is ready to take control of the company that he was groomed for all his life. Given an ultimatum that he has to settle down if he wants to take over from his father; Parker decided the only way to solve his problem, is to pay someone to play the part of his dutiful wife. Alice Whitman is a hard working girl, with a kind heart. Raised by her grandmother after losing her parents, she knows what it's like to l
Post a Comment
Read more
April 28, 2017

Title: All About the D Authors: Lex Martin & Leslie McAdam Genre: Standalone Romantic Comedy Cover Design: Najla Qamber Designs Model: Mitchell Wick Photographer: Wong Sim Release Date: May 2, 2017 Blurb A sexy new romantic comedy from USA Today bestselling author Lex Martin and bestselling author Leslie McAdam… ALL ABOUT THE D I'm known for being formal. Meticulous. Professional.   So you’d never suspect I spend my nights photographing my impressive junk for a NSFW blog. Don’t roll your eyes. I’m not bragging. I have millions of followers who’ll tell you they live for my posts.   I’m like a superhero, saving humanity one dick pic at a time.   Except leading a double life means I need someone to help me protect my anonymity, so that no one, especially my family, ever discovers my online celebrity.   When I call one of the most respected law firms in town, I expect quality legal advice and confidentiality. Not a sinfully
Post a Comment
Read more
More posts