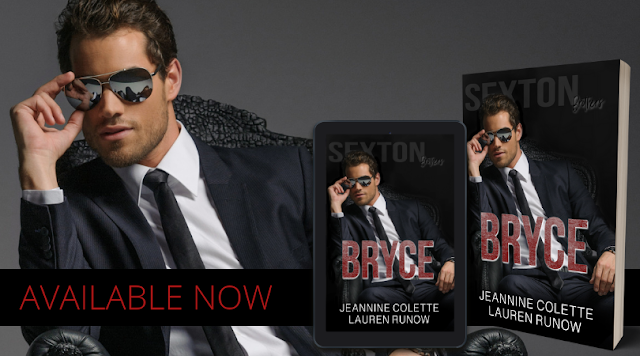 We're celebrating the release of BRYCE: A Sexton Brothers Novel by Jeannine Colette and Lauren Runow! Add it to your TBR and ONE-CLICK today! 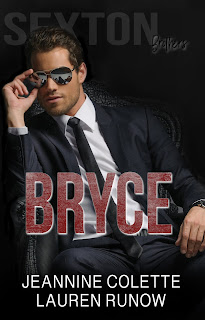 I don’t believe in Prince Charming, but when I met a handsome stranger on a rooftop his words intrigued me and his dares left nothing but temptation.

Then I learned the truth.

His name is Bryce Sexton. Media mogul, workaholic and a heart of stone. He’s broody AF and yet every woman in San Francisco wants him.

So why won’t he leave me alone?

Wherever I go, he’s there, trying to force his way into my world. What he doesn’t know is I already have a man in my life. A tiny redhead who loves Legos and Superheroes.

With every push, Bryce pulls me in further. Our pasts are laced with betrayal. Our futures are unpredictable. Our chemistry is explosive.

With each dare I uncover a truth, but he's exactly what I don’t need right now.

So why did I have to go and kiss him? 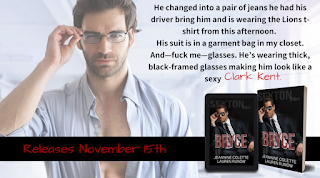 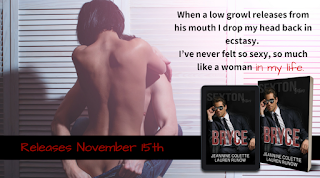 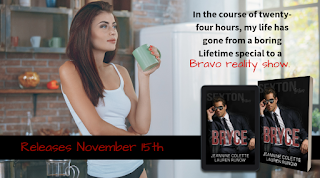 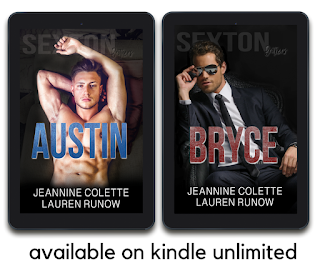 Austin Sexton is the man I’ve always tried to stay away from. He’s arrogant, entitled and a total ass. That’s why I didn’t bother giving him my name last night. We’ll never see each other again.

Or so I thought.

Imagine my surprise when I start my new job only to come face-to-face with the blue eyes I just declared all wrong for me. No, he’s not my boss, but being my boss’ brother seems almost worse.

No matter how hard I try to push him away, his secrets draw me in. When it comes to a Sexton that could be lethal...for my heart.

I have his secrets and I won’t tell a soul. Now I just have to not fall for him completely.