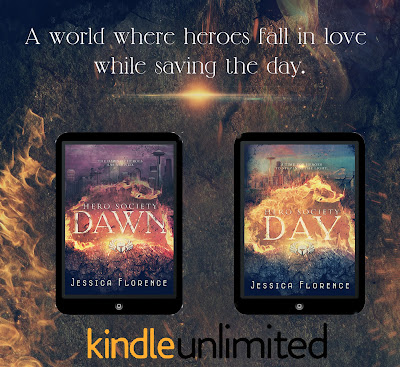 Day has arrived
A time for heroes to step into the light.

Leon has never looked upon his gift as anything but a curse. With his unbelievable strength and speed, all he has ever done is hurt those around him.

Both, Hero Society and The Raven want him on their team, but he couldn’t give a damn about either. He aims to live out his life with anger and resentment on the sea.

Lilith is a force to be reckoned with and after one drunken night, Leon finds himself tangled up with her in the form of marriage.

He has one month to avoid his crazy wife and figure out his plan to escape the fight he’s been unwillingly thrown into.

Will he choose the society or to be taken by the enemy?

The heroes are coming out into the light of day.
Hopefully mankind is ready for them.

*Read Book One, Dawn for 99c of Free with Kindle Unlimited
Amazon- myBook.to/HeroSocietyDawn