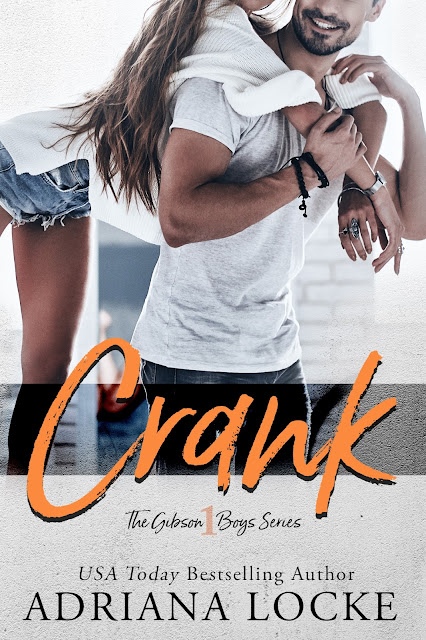 This is one mistake Sienna Landry can’t buy her way out of.

As Walker Gibson looks at her, then at the damage to his precious truck (that she may or may not have accidentally inflicted), she knows she’s in trouble. It’s not the busted headlight and dented grill that’s sunk her though. It’s the downright sinful man in front of her that’s the problem.

The small town mechanic is broody. Rough. Smells like engine grease and gasoline and Sienna isn’t sure why that’s so sexy, but it is. It so is. She’s ready to peel off her panties at the drop of his wrench.

He wants her too. She can feel it when he brushes against her. Experience it as he presses her against the wall of the shop. It’s thinly veiled in his deep, brown eyes when he looks at her like she’s everything he’s ever wanted. So why won’t he give in?

The damage to Walker’s truck is the first of many mistakes between the two of them, ending with truths that rock Sienna’s world. Nothing can fix her broken heart except the love of a man that won’t, maybe even can’t, love her back.

Crank is a standalone romance in a new small town, blue-collar series from USA Today bestselling author Adriana Locke. Join readers everywhere as they fall in love with the delicious Gibson Boys. 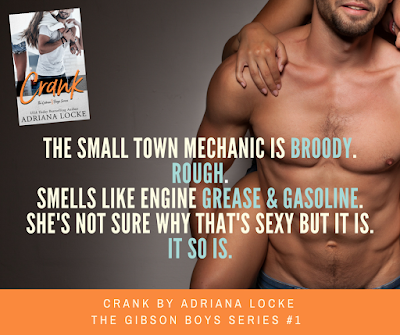 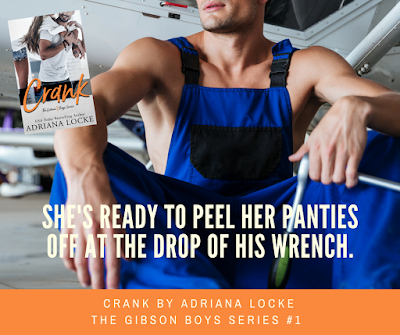 USA Today and Amazon Top 10 Bestselling author Adriana Locke lives and breathes books. After years of slightly obsessive relationships with the flawed bad boys created by other authors, Adriana has created her own.

She resides in the Midwest with her husband, sons, and two dogs. She spends a large amount of time playing with her kids, drinking coffee, and cooking. You can find her outside if the weather's nice and there's always a piece of candy in her pocket.

Please contact Adriana at www.adrianalocke.com. She loves to hear from readers. 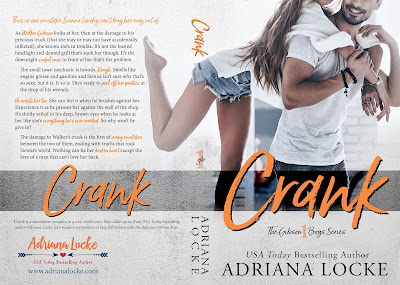